The hardness test is the most simple, quickest, and economical method to assess the mechanical characteristics of metals. The quality of hardness is the capability of a material to sustain being constrained into it by another hard material. For a test material, hardness signifies the inclusive properties of elasticity, strength, plasticity, wear resistance, toughness, and other physical quantities under certain pressure head as well as test force. The main aim of this hardness testing is to detect the applicability of the object or the effect of the softening or hardening treatment of the object for use. Since the hardness test can replicate the modification of the metal properties under varied chemical composition, microstructure, as well as heat treatment conditions, hardness test can be extensively used to examine the properties of metals, oversee the quality of heat treatment step, as well as the expansion of new materials.

There are two major testing methods of metal hardness testing. One is the slow and impact-free static test method. Here, the hardness detection depends on the depth of the indentation, dent area size, or the indentation projection area. The static test methods include Rockwell, Brinell, Vickers, Leeb, Babbitt, Wechsler, etc. Among them, Rockwell, Brinell, and Leeb are the three widely used hardness testing methods. The Rockwell scale is the most commonly used measure in product testing. As per the current statistics, around 70% of the metal hardness is detected by the Rockwell hardness tester. Another type of test method is the dynamic test method which sounds dynamic by creating a more impactful test force. This type includes the shore and Leeb hardness tests. The dynamic testing method is commonly used to determine the hardness of the large, immobile workpieces. 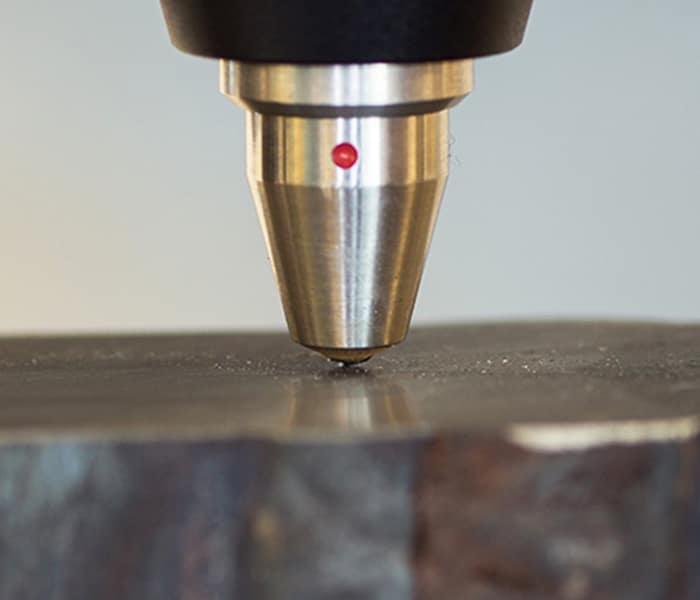 Our company is an expert in hardness testing that offers instruments for Brinell, Vickers, Rockwell, and Leeb hardness testing. They evaluate in real-world conditions by dropping the effects of vibration, part deflection because of dirt, the influence of the operator, scale, as well as a specimen flexing under load.

Herewith you will find the gist about the varied test types as well as hardness testing methods. To find more information, access the below link where you will find their working principles as well as their benefits in detail. If you would like to purchase a hardness tester, kindly click the ‘Ask Our Experts’ button at the bottom of the page. Our engineers will contact you at the earliest.

Here you will find more details about the hardness testing, the reason for this test, as well as the varied considerations such as sample size, thickness, etc.

Rockwell hardness determines the deepness of plastic distortion of an indentation and is measured in 0.002 mm as a unit of hardness. The use of varied indents as well as test forces in the Rockwell hardness test shows in varied combinations equivalent to the respective Rockwell scales. There are three commonly used scales, where their applications include almost all generally used metals.

Know about the Rockwell test method and how it is measured. 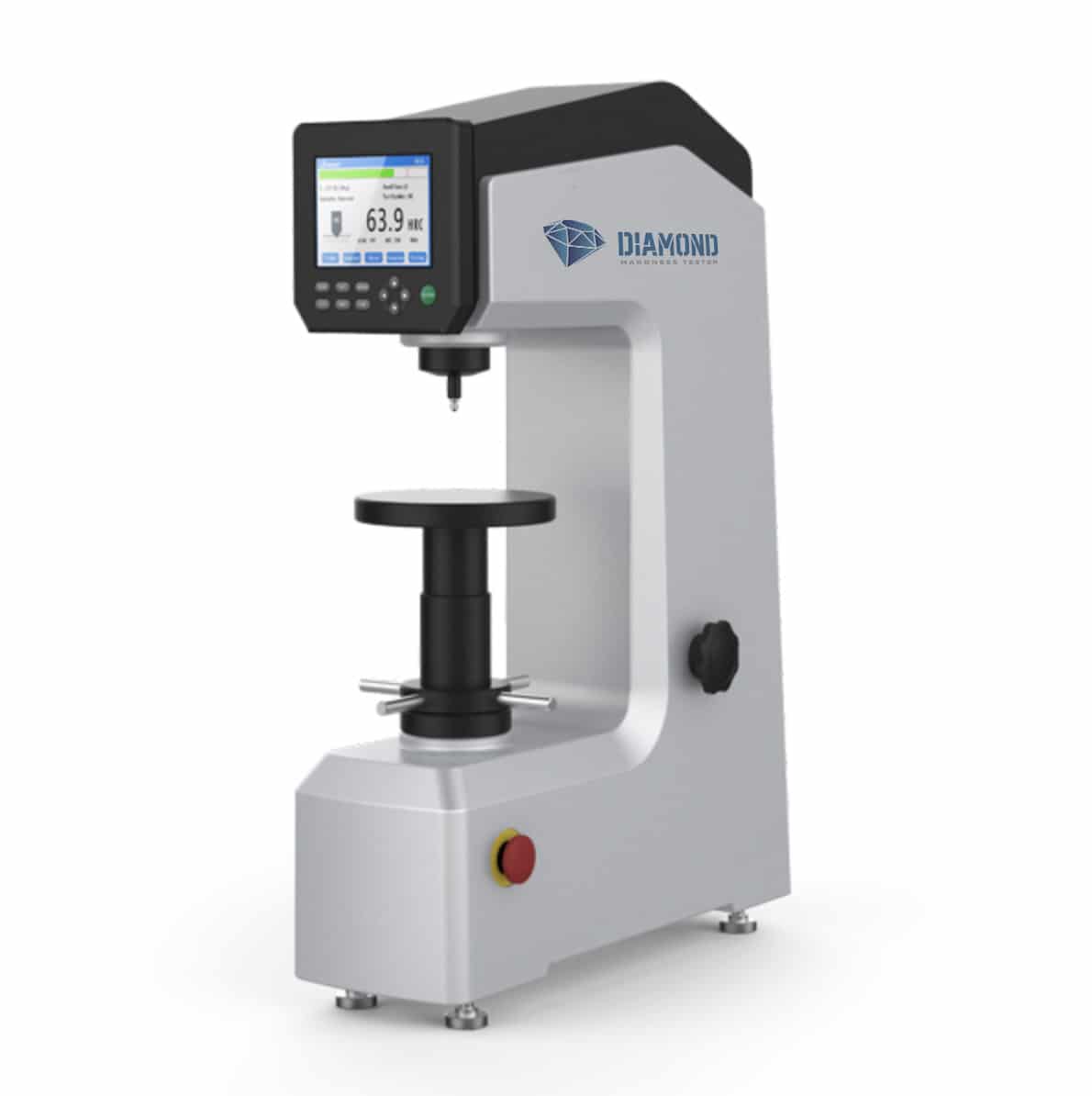 Vickers hardness denotes the Vickers hardness of the metal, which can be calculated using a diamond positive-edge cone indenter at an angle of 136 degrees between the opposite surfaces, by pressing into the sample surface under a well-defined load F, holding it for a static time period after unloading, measuring the diagonal length d of the indentation, and finally calculating the surface area of the indentation, as well as the average pressure on its surface area, denotes the Vickers hardness value of the metal, indicated by the symbol HV. 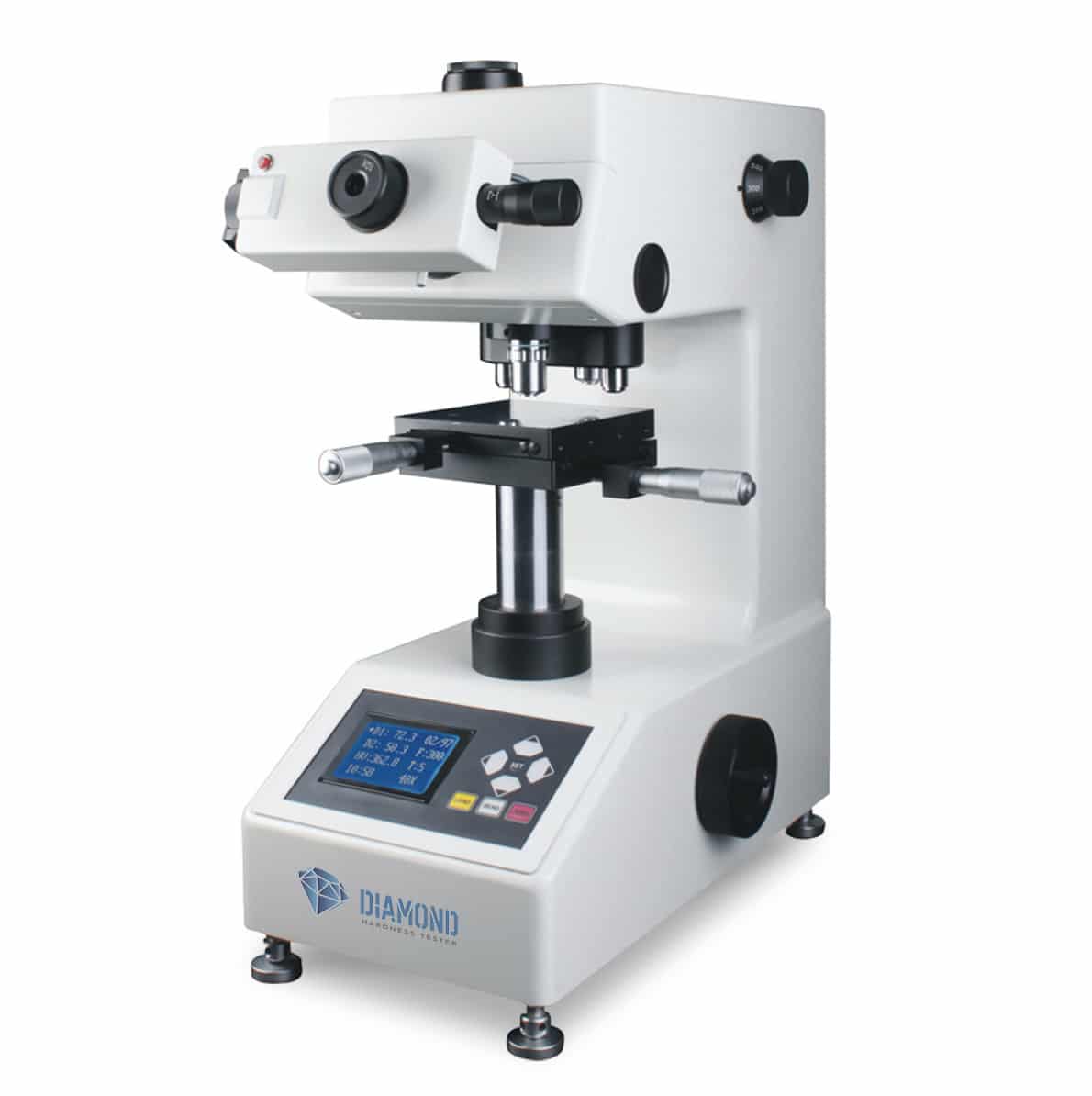 Brinell hardness is a standard for detecting the hardness of materials, which is measured by the Brinell hardness tester. Since it was first proposed by Swede J.A. Brinell, this instrument got the name ‘Brinell’ hardness. A quenched steel ball of diameter D is constrained into the metal surface to be measured with a load of size P, held for a specific period of time, and then it was unloaded. The ratio of the load P as well as the indentation surface area F is the Brinell hardness value, denoted as HB. 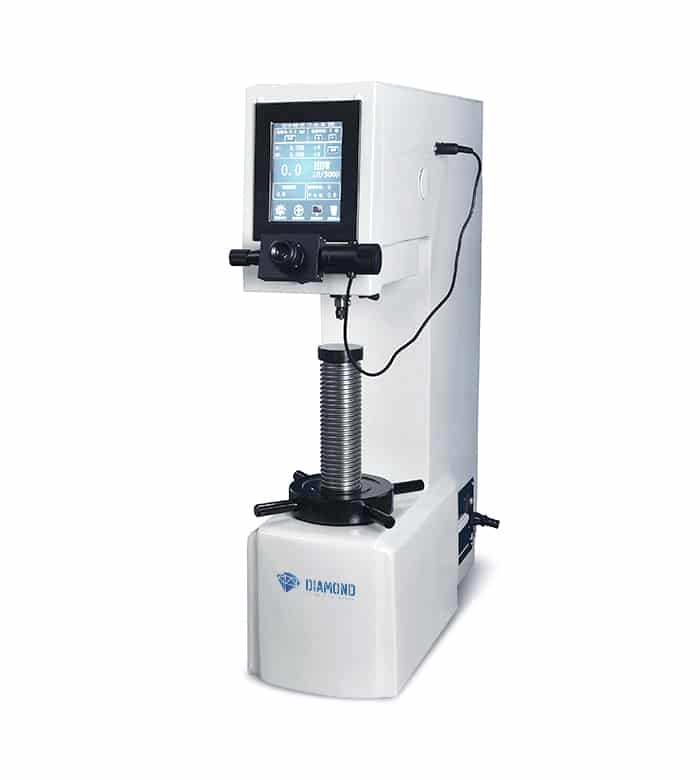 Leeb’s hardness is an innovative hardness testing method first proposed by Dr. Leeb in Switzerland in the year 1978, hence the name ‘Leeb’ hardness. It is defined as a specific mass of the body under the influence of the elastic force at a specific speed influence on the sample surface, with a punch at a distance of 1mm from the sample surface rebound velocity as well as the impact velocity of the calculated value. 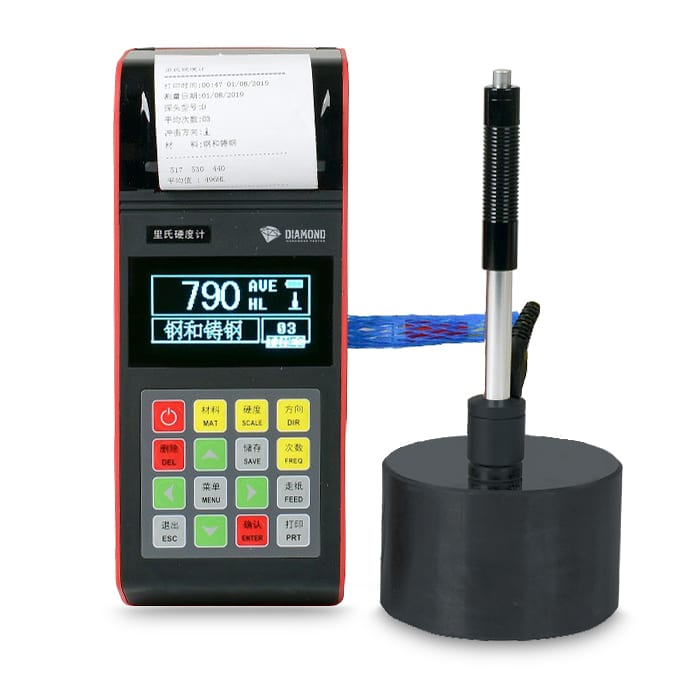 You tell us what you want, and we tell you our solution.

Send us a Email, we will feedback to you ASAP!